Frederick “Mike” Pauli has lived in Niceville almost his entire life. He’s worked in the seafood industry in Destin for many years. His burly build, long ponytail and mustache lend credence to his biker look that he tops off with a black Harley T-Shirt. He’s a true boggy with a kind demeanor. He stayed home with his mom to help her in her last days. A Boggy’s Boggy. But, on November 29th, he’ll most likely say goodbye to his hometown.

He simply can’t afford to live in the home he and his sister inherited when his mother died. It’s a home that’s seen better days. In order to avoid a lawsuit during the sale process, yellow caution tape stops would-be buyers from entering the home through the stairs at the front door. The home sits at the end of a gravel road with a steep decline. The casual observer can tell that the home sits in a flood-risk zone. Concerns cement when you take a look at a flood map for the area.

The bank was close to foreclosing on the home – Pauli couldn’t afford to make the payments. The cost of living in the home increased to about $700 from about $400 due to a combination of insurance increases, property valuation, and a lack of a homestead exemption. So, he’s got to move on from his home. He’s selling, though the mortgage was just about $40,000 from being paid off.

“You Gotta Be A Millionaire”

Pauli lives off a fixed income. When he got an increased mortgage payment in the mail – he reached out to attorneys, non-profits – everyone. No one could help him keep the home.

“It sold a lot quicker than I thought it would,” Pauli said ruefully, “I’m trying to find a place to live right now, and it’s almost impossible. And some of the places I find that I can afford are already gone. There’s been a couple of them. We call. They are already gone. They go really fast.”

At this point, Pauli explains, he will more than likely have to put his possessions in storage and live in an efficiency hotel, or even a tent, until something opens up. His own sister can’t take him in. She and her husband rent a home in Crestview and can’t afford to take him in as well.

He says the other options available to him are at least $1,000 – a big ask for a man who must sell the home he lives in, because he cannot make a $700 mortgage payment.

Cindy Zimmermann, a local real estate agent, stepped in to help Pauli. But, there is simply nothing in the area to place him in. “I looked everywhere that ECAR (the Emerald Coast Association of Realtors) covers,” Zimmermann says, “I’m going to say the majority of them have closed their waiting list because they have that many people. One told me they have 130 people on their waiting list.”

Pauli says he’s considered buying a tent and living on the land, despite his bad knees, hips and the pacemaker in his heart. His disability check won’t go far enough to keep him in a permanent home of any sort. “It seems like you’ve gotta be a millionaire anymore, just to live. A lot of people don’t have that kind of money, and I’m one of them.” 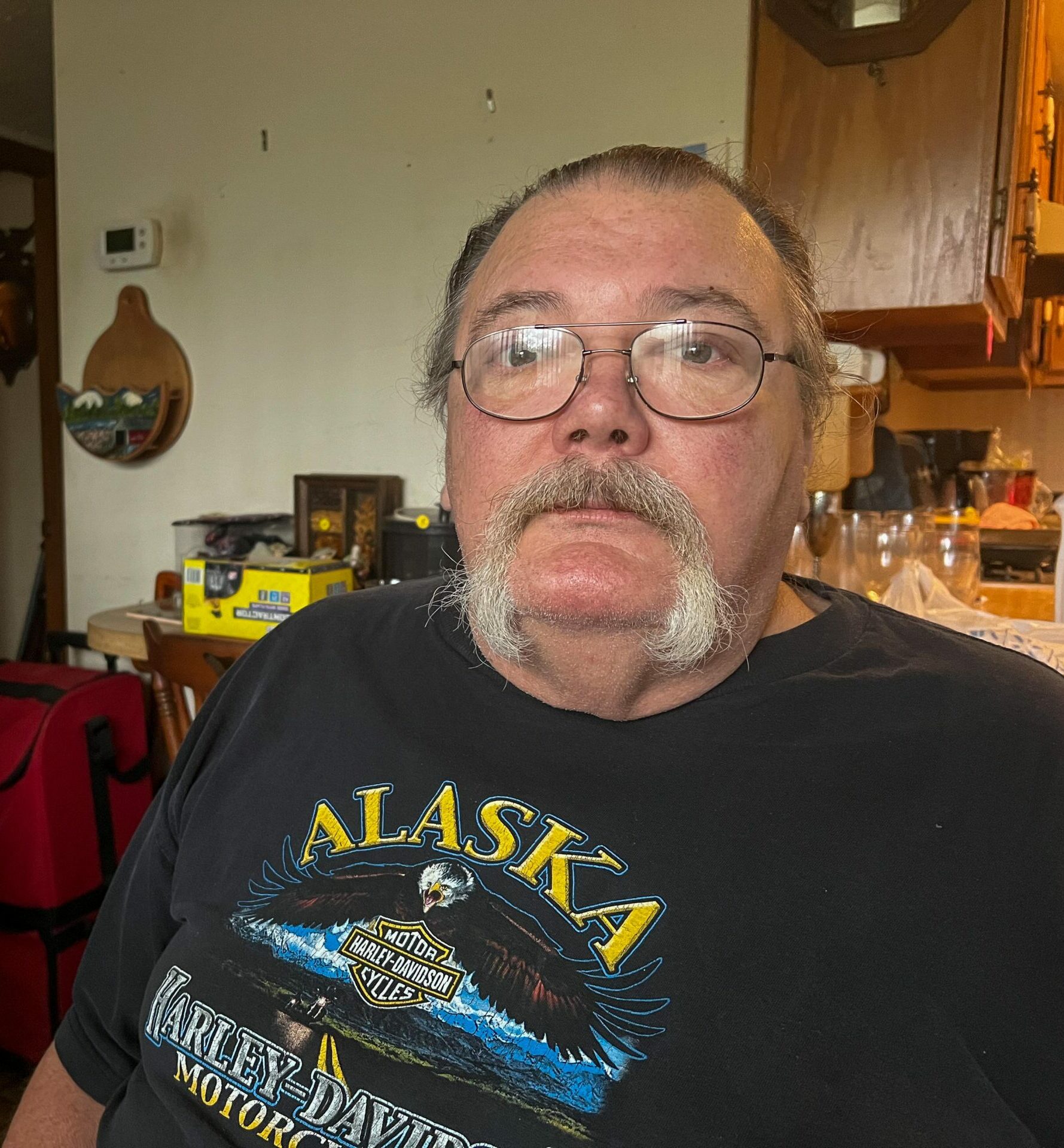 Pauli and his sister, who owns the home, sold the house to an investor who plans to rent the property back out.

According to the property appraiser’s website, the home on Cook street Pauli sold is worth $178,144. The three-bedroom, two-bathroom home will now bring an investor much more than $700 a month in income. “A house with an approximate same square footage and bed and bath setup as the Cook street house is renting for approximately $2,500 a month,” Zimmermann said. That home is in better condition than the one on Cook street, which she estimates will bring in about $1,500 a month in rent without any work done to it.

RELATED: The Latest, Greatest Threat to Public Safety in Okaloosa County is The Affordable Housing Crisis.

Zimmermann, an experienced realtor, says she sees four hurdles to hop in order to solve the affordability issue in Niceville: inventory, taxes, insurance fraud and the lack of a streamlined regional affordable housing clearinghouse.

The first is obvious when you get on a website like Zillow to look for a house to buy – there just isn’t any inventory to purchase. This reality drives up the cost of the homes which are left. According to Redfin.com, Okaloosa County and Niceville in particular are acute victims of this reality. The average home sale price in Okaloosa County has gone from $207,000 in 2017 to $374,450 in November of 2022 – an 80% increase in five years. Good news for lower-income buyers seems to be on the horizon – there has been a limited increase of inventory on the market, and more homes are staying on the market longer than in the last year.

Zimmermann partially attributes the increase in Pauli’s mortgage to increased property values. When a property’s value increases – even if taxing rates are not raised – the amount of money one pays in tax increases. According to the Okaloosa County Property Appraiser’s records – Pauli’s home experienced a jump of about $40,000 in value over just last year. Pauli did not file a homestead exemption on the home – technically, his sister owns it, and the property is therefore not eligible. Nevertheless, that 22% increase in valuation is the difference between Pauli’s staying in the home and leaving.

In addition to the increasing value of homes in Niceville, insurance fraud is driving up the cost of insurance in the state of Florida. “We have been told that [the increase] is not from hurricanes or anything but from fraud. And there was a lot of fraud, which caused all of our insurance rates to go up,” Zimmermann said, “So that’s a problem for everybody. Property taxes keep going up, and housing prices keep going up. And now you’ve got interest rates on top of it.”

According to the Insurance Information Institute (III), an insurance trade group, Florida’s average insurance costs will be triple the national average, at $4,231 per year, thanks to the “overabundance of unneeded new roofs on homes, and flashy lawyer billboards at every turn claiming massive settlements on claims, Florida’s insurance market is on the verge of failure,” the III said in a release in June of this year. “Floridians pay the highest homeowners insurance premiums in the nation for reasons having little to do with hurricanes,” according to Sean Kevelighan, the CEO of III. “Floridians are seeing homeowner’s insurance become costlier and scarcer because for years the state has been the home of too much litigation.”

Create a streamlined process to apply for affordable housing

As Cindy Zimmermann works against the clock to find Pauli a place to live, she fights against what she believes is a poorly organized bureaucracy. The university-trained engineer sees flaws in the process that need to get fixed in order to ensure guys like Pauli don’t slip through the cracks and into a homeless shelter over insurance and property taxes. “I feel like there should have been a simpler process to even figure out how to apply for low-income housing,” Zimmermann said. She describes a system where people who need public housing must apply multiple times in multiple places – only to get put on a waitlist. They then must wait for a spot to open up in that housing. She advocates for a more centralized system where a person can apply to one clearinghouse at the state or county level and get a spot in the first available unit, wherever that might be.  “I was making all of these phone calls, and the process made no sense to me.”

It’s not just people like Mike Pauli who suffer from the lack of affordable housing, rising prices, and insurance fraud. People on the other side of sales suffer as well.

According to Zimmermann, first-time buyers seem to take the worst of the market conditions. They are effectively priced out of owning a home at this time. “I have a lot of first-time homebuyers who, when we started looking a couple of months ago, could afford ‘X’. And then, we didn’t find anything.” She says with the rapid changes in the market; she’s told those potential buyers to go and get a reassessment of what they can afford. “Now they can afford even less, because of interest rates. I feel that Florida is just way worse off than other areas just because we’ve got the insurance issue on top of higher housing prices. I feel like we are starting to price people out. And then they go to rentals, then the rentals jack up the prices, just because they could. It’s hard to be mad at [rental owners] because they are trying to make a living too.”

RELATED: This is what $250,000 will get you in the housing market in Valparaiso.

When it comes down to it, there are no options at the moment. He must move out of his old house by November 29th. He and Cindy continue to look for a place to live anywhere in Okaloosa County – but there is still no luck for him. Places continue to get swooped up immediately.

Pauli’s holding out for a miracle. “I just wish there was someone out there that understood this,” he said of his plight, “and had some compassion for people that are in my situation.”

Unless compassion arrives – Pauli’s only option is a tent. 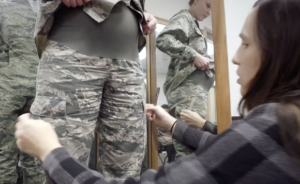