Where the Sidewalk Ends: Pedestrians Will Soon Have a Clear Path on all of Bayshore

There is no timeline as to when the project will be completed, but we will keep an eye on it and give you updates as they get to us! 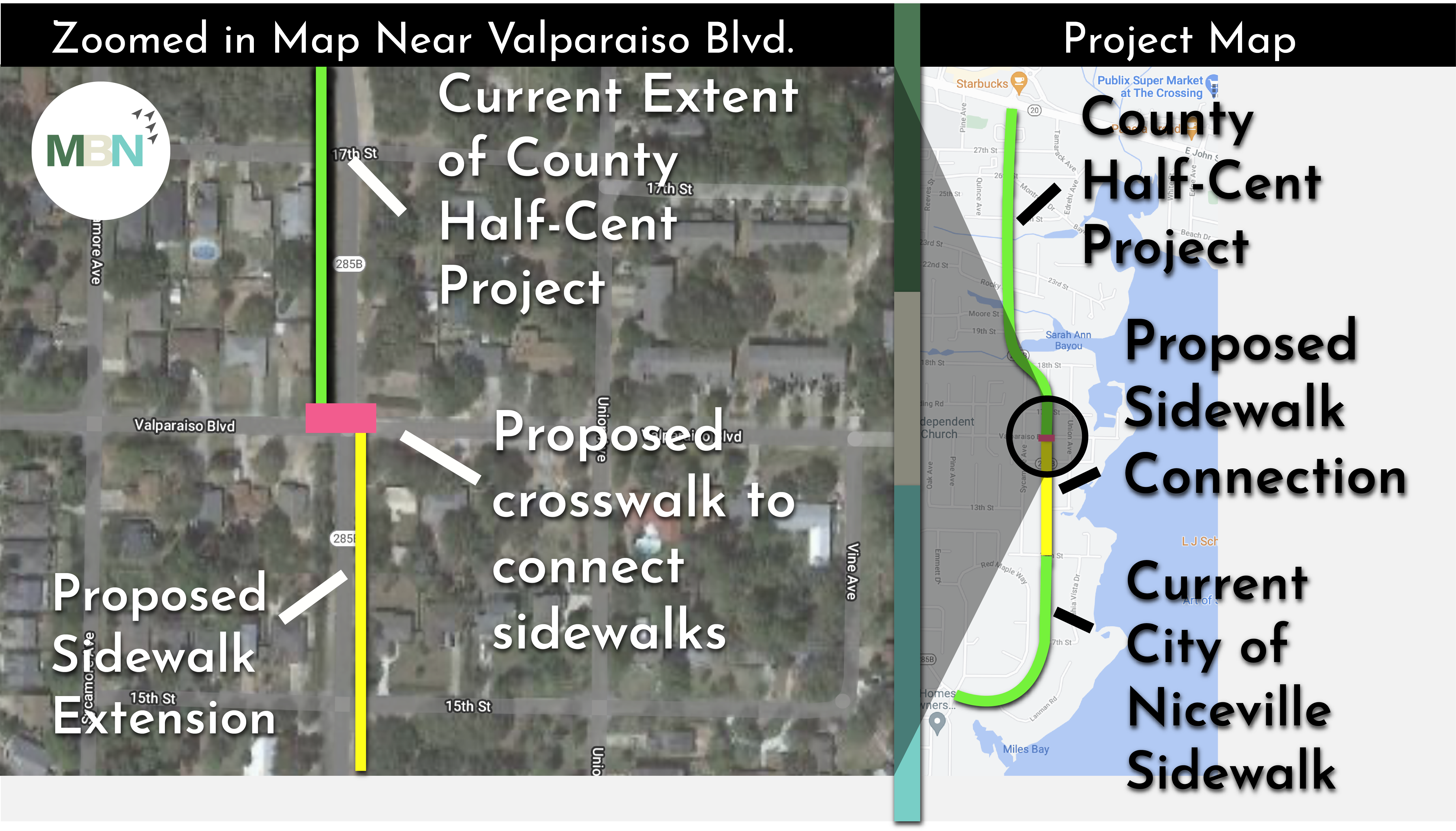 If you walk, bike or drive on Bayshore Drive – good news – the chances of Okaloosa County and the City of Niceville working together to create a safe walking environment are looking up. The Niceville City Council voted unanimously to fund an extension of a sidewalk project on the east side of Bayshore Drive.

The Niceville City Council’s vote authorizes the city to spend up to $90,000 on the sidewalk construction project. This will cover half of the cost required to extend the existing sidewalk at 11th Street to meet up with a sidewalk the county is creating to the north.

The county still has to approve its $90,000 to pay for the rest of the project. That would take place at a future meeting of the Okaloosa County Board of County Commissioners. Their next meeting is on February 15th.

The total cost for the project is currently estimated at $180,000. City officials say that the total cost will likely be lower.

The two sidewalks are on opposite sides of the road. The city and county would have to paint in a crosswalk at Valparaiso Boulevard to connect them.

There is currently no estimated timeline for the completion of the project, though city officials say that the time between the beginning of construction and completion should be about two weeks.