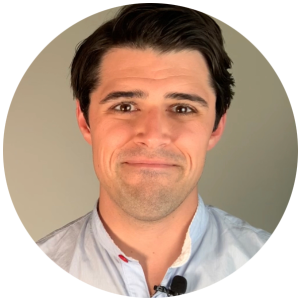 “My amendment was that if there is something on social media by Mark B. or Mark L. or  Peggy Sue or whoever comes back and says that ‘the attorney and the mayor are in cahoots on this’ and ‘this is very one-sided’ and ‘no one would ever sign this lease’ and stuff like that, that I don’t particularly want someone, as mayor, sitting in a position to represent the city on any committee who had anything derogatory about this commission,”

Mayor Brent Smith’s words from the dais Monday night May 9th stirred ire and accusations of attempts to quell free speech online. He made the comment in relation to comments about him, the county attorney and the potential contract which was written up to allow a 501(c)3 nonprofit to take over the operations of the Valparaiso Senior Center.

In House or Nonprofit?

Prior to the monthly Valparaiso City Commission meeting, the commission hosted a workshop to discuss who would run the Valparaiso Senior Center. After a series of uncomfortable exchanges between Mayor Smith and Patrick Palmer – as well as resident and frequent commission attendee Daniel Irwin and City Attorney Hayward Dykes about the procedure around draft documents (who thought that would ever be a hot topic of conversation?) the workshop drew to a close and the regularly scheduled commission meeting began.

The acrimony in the room returned when the topic of the senior center returned to the floor of the commission meeting some 30 minutes later.

City Attorney Hayward Dykes started the conversation by asking the commissioners under what circumstances they would or would not want to move forward with a lease of the senior center to an outside group – including the steering committee.

Dykes noted that the commission had two basic options. Their first option was to keep the Valparaiso Senior Center in city hands, form a committee similar to the planning and zoning committee to run the center, and have the committee report to the commission.

The other option – the reason the lease was prepared – was in case the city wanted to lease out the building to a group like a 501(c)3 non-profit organization.

At this point Commissioner Kay Hamilton asked for a show of hands as to what the crowd in the gallery wanted to see done. None raised their hands for the non-profit option. Murmurs from the gallery were in favor of keeping the operation under the auspices of the city commission, while forming a committee to run the day-to-day operations on a volunteer basis.

City Resident Neil Shermer came to the podium to address the commission on the options presented, “I don’t want any of the city money managed or spent or kept by anybody but the city,” Shermer said, “If they want to operate as a business, and contract for hours with our community center, I think that’s great. But you brought up a very important point, they will need insurance, and a lot of it probably more than a million dollars work. Because people will get injured. That’s just a fact,” Shermer said, “[The potential lease document] developed in a stream of finance that will have access to people who aren’t elected officials in the city of Valparaiso or the treasurer, city clerk or the city administrator. I have a problem with that as a citizen. If there’s going to be money, I want it to be you guys [the commission] that spend it.”

RELATED: Valpraiso Senior Center Preserved: This is How Much Citizens Raised. The issue apparently stemmed from the fact that the draft proposal of the ordinance submitted to the steering committee had unsigned signature blocks for both the city attorney, Hayward Dykes, and the Mayor.

“I don’t appreciate the fact that people are sitting out there on their chat lines, pointing your finger at me when I had nothing to do with this lease agreement that came strictly from the attorney’s office,” Mayor Smith continued – directing his comments to the gallery. “I don’t appreciate the fact that I was singled out and pointed out on our Nextdoor neighbor chatline – me and their attorney being together on this.”

At that point, Patrick Palmer, the man who leads the Valparaiso Senior Center Steering Committee and ran against Smith in the last election, came up to address the commission. He held up a copy of the lease agreement and asked the mayor to look at the back page, which bore the Mayor’s name but not his signature.

“When people read the document has two names on [the draft document], I think that’s where it comes from,” Palmer said about the animus on social media regarding the Mayor.

“The mayor would sign any agreement,” interjected Mayor Smith.

“I don’t think you do,” Mayor Smith said to Palmer.

After even more discussion, Commissioner Chris Wasdin made a motion to give the Valparaiso Senior Center Steering Committee a three-month mandate to work on behalf of the commission, planning and executing events at the senior center.

“And in that three months, they can draw up pricing schedules, they can draw rules for all the things that we’ve spoken about, and talk about the real practical stuff that we’re talking about. That wouldn’t involve an outlay of funds. And, [they] would come back to us in three months time with the lessons they’ve learned and the direction they want to go. Because we’ll be in budget season. So we’ll be able to allocate funds,” Wasdin said.

Mayor Smith, referring to the talk he had heard about on Nextdoor then offered an amendment to Commissioner Wasdin’s motion. “My motion to amend, if I see something on second door neighbor [Nextdoor], where they are throwing out,” he trailed off as people began laughing, “No, I’m tired of seeing on second-door neighbor where we are being lambasted.”

Irwin, at the podium in front of the microphone said, “Freedom of speech,” in protest.

“I don’t care what you call it, it is slander,” Smith retorted.

“People have died for that flag,” Irwin said, pointing at the American flag in the corner of the room while some in attendance audibly groaned.

Continuing, City Attorney Dykes asked for everyone to clarify their motions. Commissioner Wasdin reiterated that she wanted to give the steering committee a three month mandate to operate the senior center. Mayor Smith reinforced to the public that he wanted, via motion, for the negative talk about the commission to cease.

“My amendment was that if there is something on social media by Mark B. or Mark L. or  Peggy Sue or whoever comes back and says that ‘the attorney and the mayor are in cahoots on this’ and ‘this is very one-sided’ and ‘no one would ever sign this lease’ and stuff like that, that I don’t particularly want someone, as mayor, sitting in a position to represent the city on any committee who had anything derogatory about this commission,” The mayor followed up.

“You can’t please everybody especially on social media so that it’s gonna be tough one to police,” Attorney Dykes said.

After further discussion the mayor withdrew his motion and the vote to install the Senior Center Steering Committee as an official committee of the city government passed four to one. The motion gave the committee a three month mandate without a gag order of any kind. Commissioner Ed Crosby was the lone no vote.