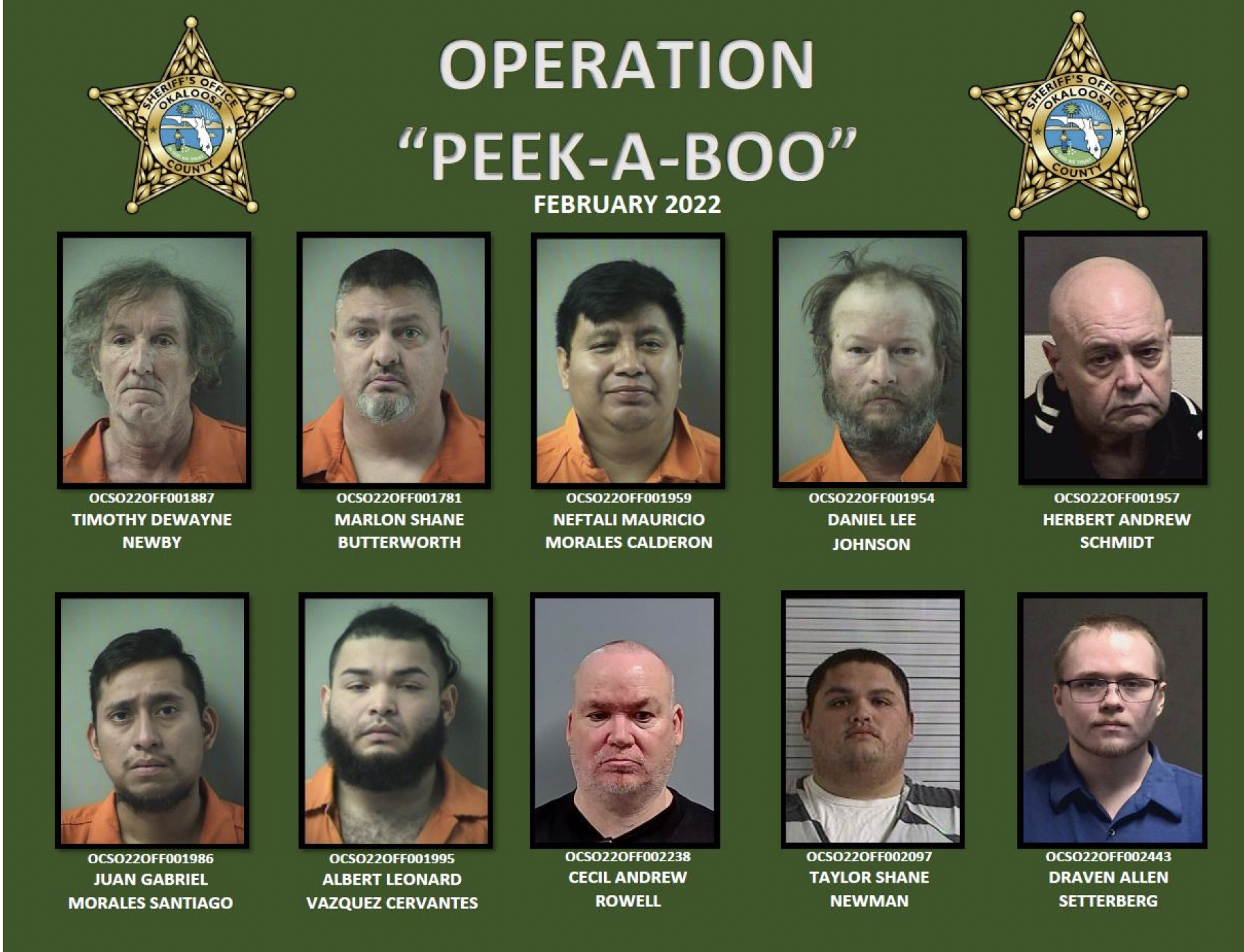 Okaloosa Sheriff Eric Aden announced the arrests Tuesday afternoon at a press conference. At least one of the men, Daniel Johnson, had already been arrested in Leon County in a similar operation.

“He was caught in an operation in Leon County…Obviously he was out, which is unfortunate. We got him again, hopefully he will stay behind bars.”

All of the arrestees are local – from Milton in the west to Panama City in the East.

Okaloosa County Deputies said that gaming devices were one of the the primary methods predators used to interact with minors..

Sheriff Aden says that between 10-15 more individuals are subject to arrest in the case.

The Okaloosa County Sheriff’s Office charged various suspects in the bust with attempted sexual assault, solicitation of a minor and using a two way communication device to commit a felony.

“Law enforcement is either proactive or reactive – and I want us to be proactive,” said Sheriff Aden at the press conference. The sheriff noted crimes against children on the internet are a point of emphasis for his administration.

These sting operations involved 16 different deputies, according to Sgt. Joe Gordon – an investigator with the Internet Crimes Against Children (ICAC) unit.

Funding these operations is essential to reducing crimes against children, according to Sheriff Aden. When asked whether or not it will be made a funding priority when the summer budget cycle comes around with the Okaloosa County Board of County Commissioners, who approve the budget, Sheriff Aden said:

“The county commission was gracious enough to accept me adding a position [for ICAC],” Aden recalled, “They knew this was one of my priorities so the commissioners and I discussed in- person the initiative. All of them were supportive of growing this particular unit. We have needs in every particular arena, but this is one that is [important] to me and was dear to my heart. I have five kids and four daughters. I’ve seen first hand what going down a bad road on social media can get you.”

While this operation was a special event that took two weeks to plan and three days to execute – Okaloosa County Sheriff’s Investigators are operating every day to arrest child predators.