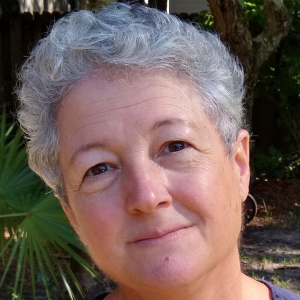 Lillian Fowler insists that she did not have a birthday party on July 31, hosted by her
friends Min Kim and Bob Baggerman.

“I didn’t want another party,” Lillian said about her recent 102 birthday. “They didn’t call
it a party.”

Instead, the event was a gathering of friends who wanted to wish her well.
It didn’t appear to matter to Lillian that she had no party, as she entered the parish hall at
Christ Our Redeemer Catholic Church on White Point Road on that Sunday afternoon.

About 75 people wished her well and enjoyed cupcakes as the guest of honor made the rounds and sharing hugs everyone.

She smiled and laughed throughout the event, wearing a simple but elegant sheath dress and her signature high heels.

“I had my 99th birthday, which was a big, big party,” she said. Lillian’s same friends, Min and Bob, had coordinated that party as well.

“The 100th birthday, that was when we had the virus, and we couldn’t have anything,” Lillian continued. “So the people of the church all came by (in cars) and waved,” she said.

“Someone was handing out cupcakes.”
Her 101st birthday was also quiet due to pandemic precautions. This year, however, Lillian’s friends were determined.

Originally from Lafayette, La., Lillian grew up Catholic in a large family.
“We were eight,” she said. “You know, all families had large families in those days because everybody worked.”

With her Louisiana Southern accent, Lillian talked about the farm land in and around her childhood home, land owned by grandparents, aunts and uncles.

Despite her 1920 birth year, living through the Great Depression and a world war, Fowler enjoyed the extended family and the excitement of the early 20th century.

“When we were growing up, we had been in very few places because people didn’t travel in those years,” she said.

“My dad had a railroad pass; he worked for the railroad, he was an engineer,” Lillian continued. “So that gave us a pass to go on the railroad.

“We went to New Orleans a lot,” she added, remembering seeing the movie “Gone with the Wind” in that city. Lillian still has the souvenir booklet handed out by the theater about the making of the movie.
Lillian met her husband Oliver while they were both at college in Lafayette. She gave him his nickname of Ollie, and the couple married in 1941.

They have five children: two sons, a daughter, and two more sons.

“I was married to a pilot in the Air Force,” she said. “He was a flier in other words. He was in the Air Force for 25 years, and then we retired,” which she said is how they found their way to Florida.

Ollie’s desire was to have a house on the water. After an extensive search, they did find a bayou-front home in 1981. Ollie died in 2000, but Lillian remains in that home.

A few days after the event, she was already placing cards and photos into an album. She talked about her gardening and about working the puzzle given to her by friends.

“I am busy, busy,” Lillian said, as she entertained her guest wearing her finest 3-inch heel, wedge-style sandals. “I love my high heels.”