As of April 14th, 2022 – The Niceville Police Department had about 22 officers on the force. 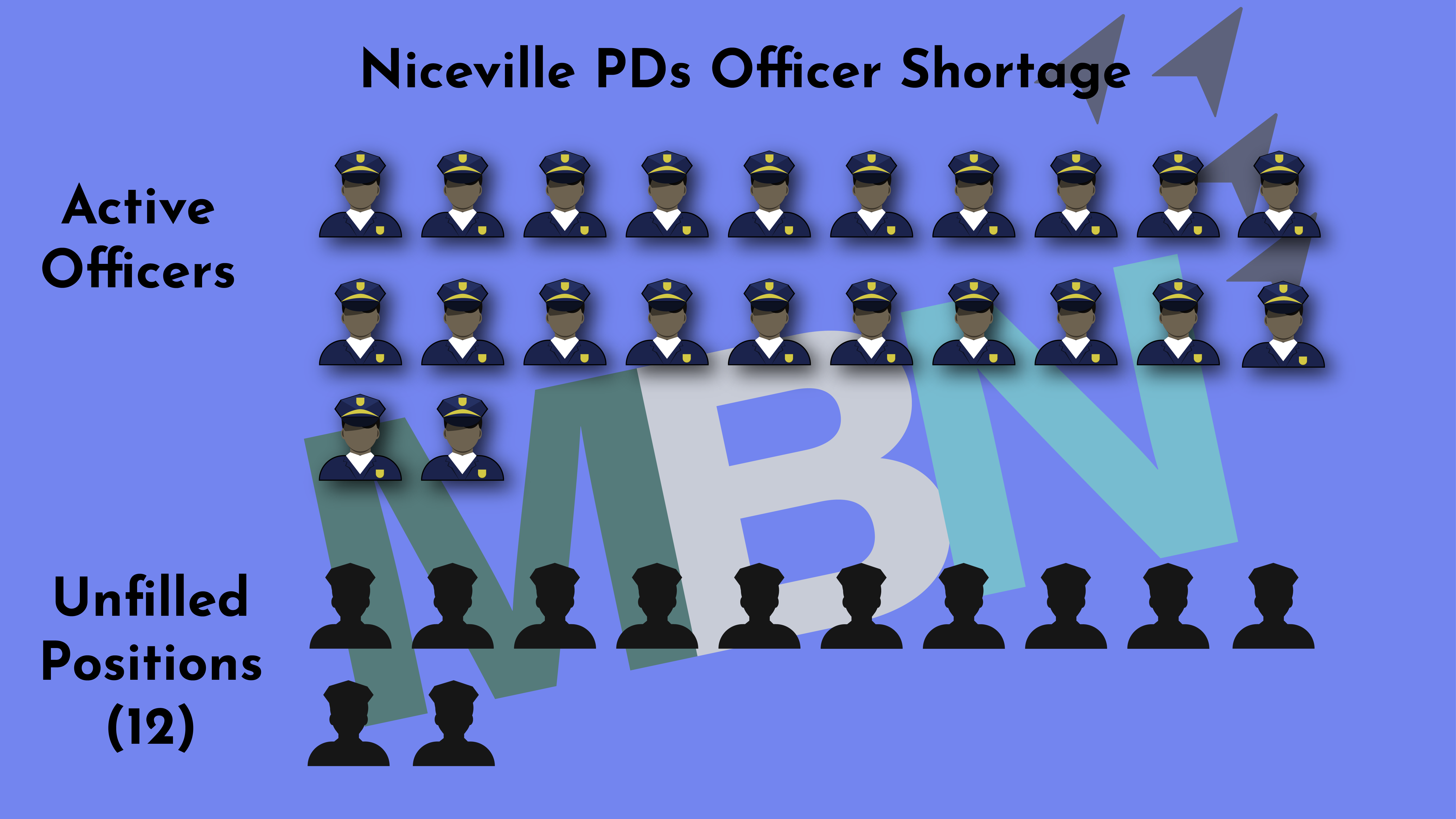 The problem: the Niceville PD is authorized by the city manager via the budget to have 34 officers on the streets; however, Niceville’s current police force is well below this capacity – it currently sits in the low 20s. The problem is threefold, according to NPD Chief David Popwell.

This is why Chief Popwell told the Niceville City Council at the April meeting they should seriously consider working out a deal with local builders to provide free or lower cost housing to officers. The current median home value in Okaloosa County alone is $402,000 – far above what a police officer could afford on their own salary alone. Chief Popwell says it’s basic economics: without officers on the streets, property values will decrease due to an increase in crime.

Few People Want to be a Police Officer Right Now

The problem for Niceville, FL’s Police Force is like a funnel since there are several factors that contribute to the police shortage. The police department needs to help to solve the affordability problem with homes in the city, but having enough homes to give or rent at affordable rates in Niceville won’t matter if the city isn’t competitive with other agencies on wages and benefits. And the Chief argues it doesn’t matter if piles of gold bullion lie around in the streets in Niceville for

officers to take as payment if no one wants to become an officer.

There are not a lot of people signing up to go to the police academies around the country, or here in Niceville at Northwest Florida State College and that means a shortage of line-level officers taking spots of people getting promoted up the food chain.

NBC news’ piece about the police shortage says it all: there are just not enough people who want to be police officers right now.

Those that do graduate from law enforcement academies like Northwest Florida State College’s Police Academy see opportunities in other places around Florida and may not even stay in the region. Graduates of classes like NWFSCs Law Enforcement Officer Basic can soon find themselves in Miami or Tampa – making at least $30,000 more what they would make in Niceville or at the Okaloosa County Sheriff’s Office

“Down south, their taxes are higher… well that’s a bigger tax base, they can pay better. So, when Miami is advertised, [an officer] is starting at $90,000 a year and is only making $40,000 here… so the migration goes from north to south Florida,” Chief Popwell said. 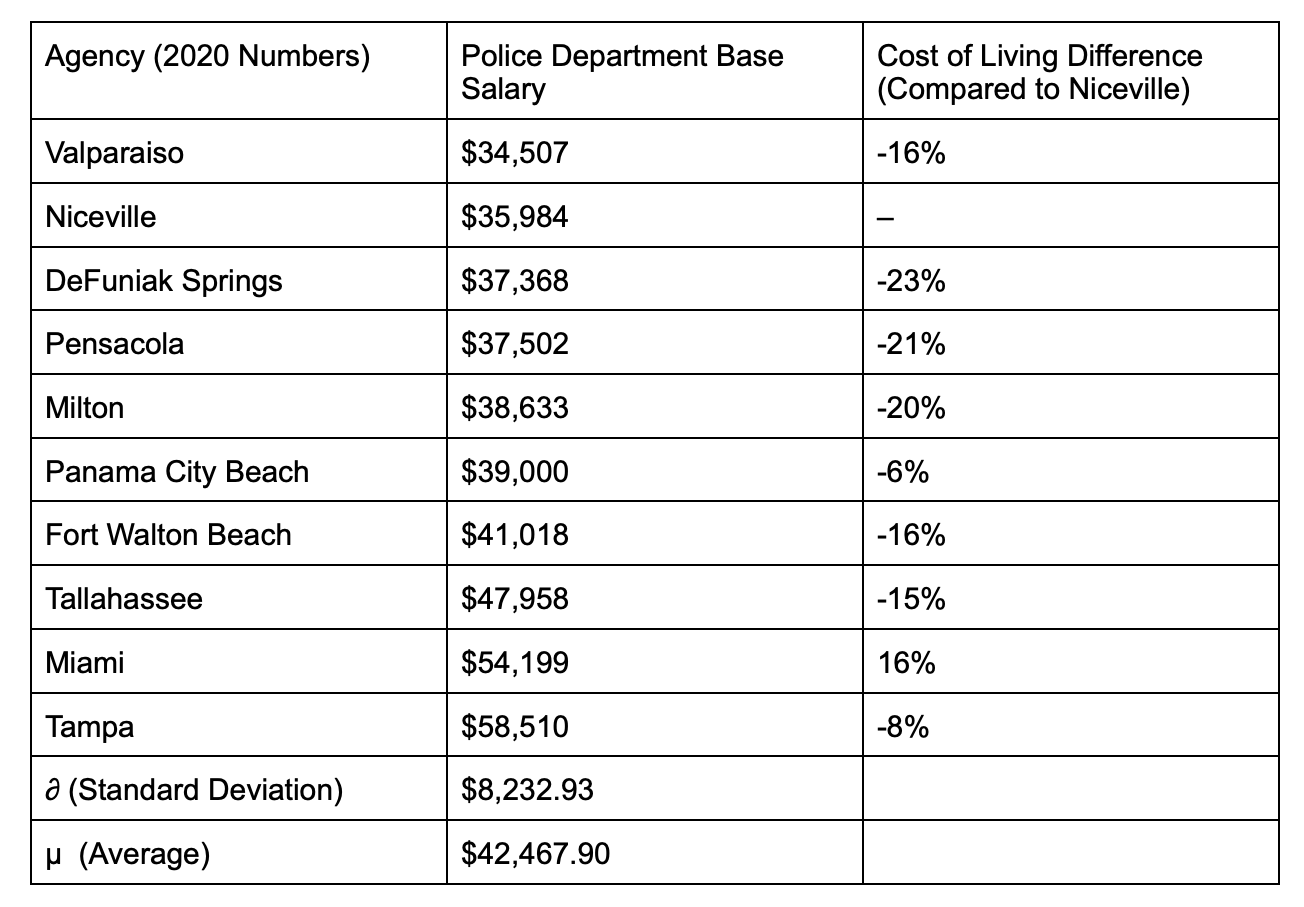 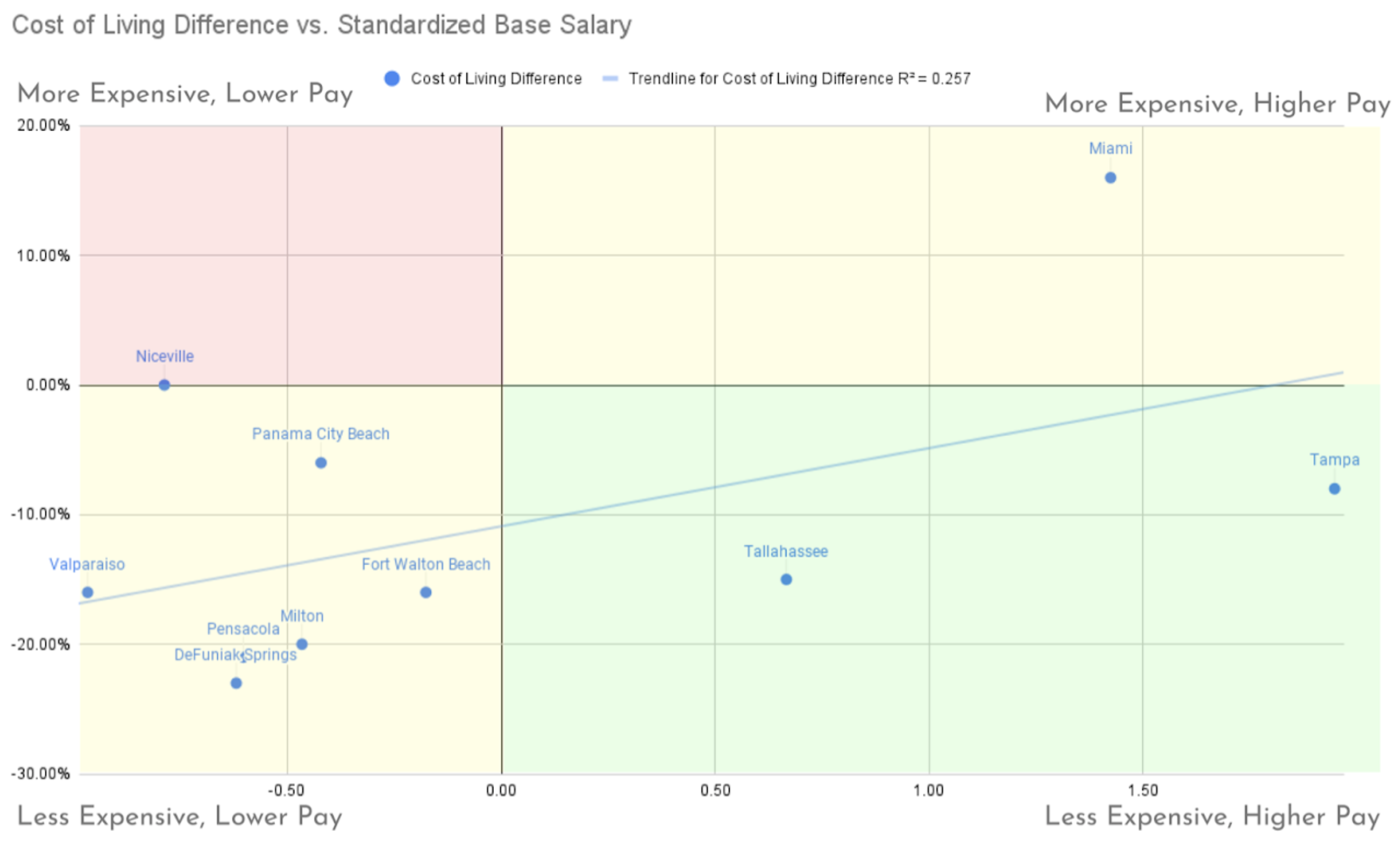 The shortage comes from the other end of the equation as well. As officers who have stayed behind get older – the forces they serve must plan for their retirement. No easy feat when some officers have served for more than 30 years at one force. “When [my senior officers] are gone, I got rookies,” Chief Popwell said, “I’ve got a few that are middle management eligible, but whether you like it or not, you need a college degree. If you want to be a lieutenant or captain, you’ve got to have a degree. So I have to get someone from the outside to fill my captains positions, my sergeants positions and my investigator positions. But I can’t get them away from other agencies unless I can at least match what they are making at another agency.” The alternative, Chief Popwell says, is not having officers capable of filling the ranks.

This three-pronged issue led Chief Popwell to suggest something that might have seemed crazy just a couple of years ago – have the city buy, or have builders donate, a home in every neighborhood they are developing for a police officer to live in. At this point, just two of Chief Popwell’s officers live within the city limits of Niceville. “The [Niceville Police Officers] can’t afford a house here in the city unless you’re from, you know, a family who’s got a house,” Chief Popwell said.

Housing affordability is already an issue for other agencies, like the Okaloosa County Sheriff’s Office – which we covered in a March article. The sheriff said that he has potential deputies pull their application because they can’t find an affordable place to live in Okaloosa County.

And Okaloosa County’s Sheriff’s office pays more than the Niceville Police Department. Chief Popwell’s solution – the one he mentioned at the Niceville City Council meeting in April – free housing for police officers. 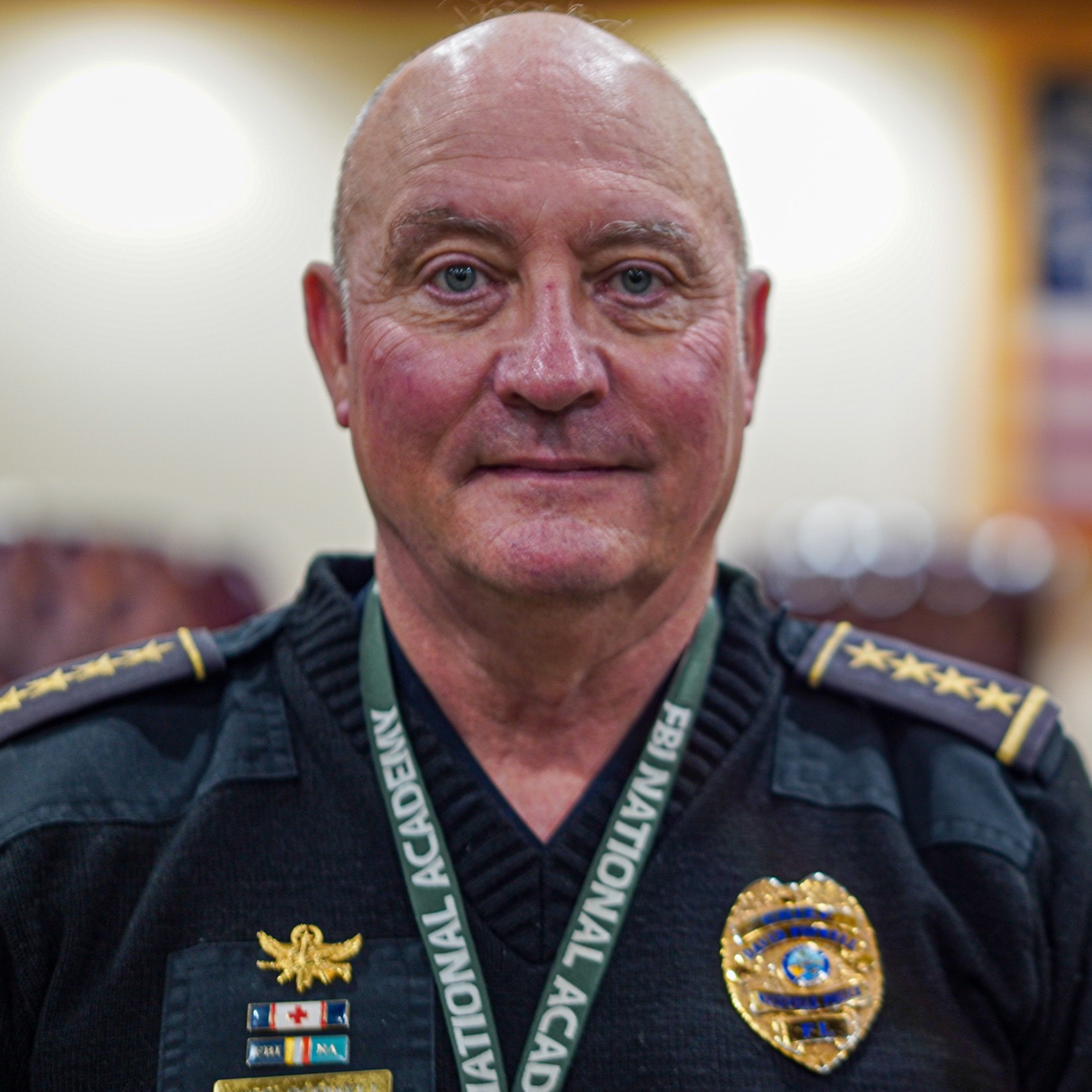 “What would be really nice is if we could get the land developers around here, when they put in new subdivisions… Take a loss on the house,” Popwell said, “If you build one house in each one of these brand new subdivisions, preferably by the entrance, and you made it [to where our officers] can afford it, or at least make [it to where] you can rent it [when you work for] the city. And then if you leave, you gotta get out. But if they park their car, right there next to the entrance to each one of these subdivisions, it does deter crime.”

It’s a novel idea that could help make up the gap between the pay disparity and the general shortage of officers in the department – small-town departments around the country may want to consider Popwell’s idea to help their police force’s leadership and administrative positions. “If not, we’re gonna be hurtin, we’re gonna be in real bad shape,” Popwell mused.