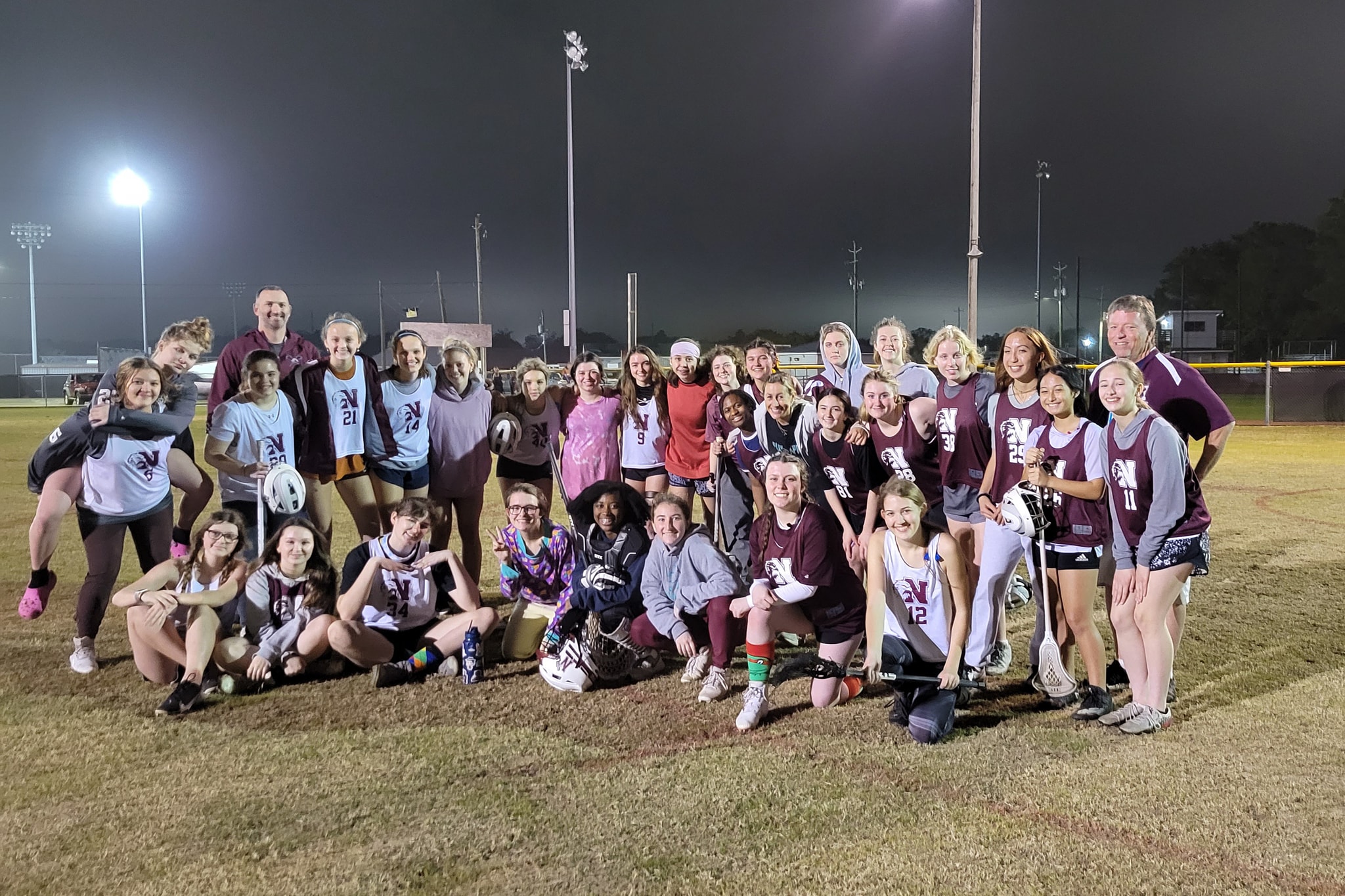 The Niceville High School Girls Lacrosse team spent this last weekend before the season starts fine-tuning their game at the West Florida Jamboree in Pensacola. Eight teams, including the Eagles, met to play each other in unofficial games.

Before they took the field last week, they got a one-woman pep rally in the form of USA Lacrosse member and NCAA D1 defensive player of the year, Lizzie Colson. Colson, who played her college lacrosse at the University of Maryland, joined the Eagles for two practices.

The Eagles had a rough start in their first game, ending the first half on the wrong side of a 5-0 score against a strong team from Pensacola Catholic. In the second half, they settled in and fought back to finish the game 6-3.

Their next game, against Pensacola High, was a rout. The Eagles beat the Tigers 8-0.

The Eagles have a strong case to be a regional contender this year. The team returns the majority of their roster to challenge for the 2A region 1 crown. David Conner, the team’s new coach, will lead the team in their third year of varsity play.

The future is bright, both for the Eagles program and the players on the team. Last year’s senior class produced a player, Payton Burke, who now plays college lacrosse for Hendrix College. Hendrix is a Division III school in Conway, Arkansas. This year’s team has several young recruits who have a solid chance to play at the next level as well.

The Eagles kick off their season at home at 8pm on Tuesday, February 15th, against the West Florida Jaguars. West Florida posted a commendable 11-6 record last season.

The game is at Niceville High School’s on-campus stadium.