Niceville High School Cheerleaders returned from Orlando with medals again. The Eagles have continued their dominant streak in both Varsity and Junior Varsity Cheer Competition in the State of Florida.

The Okaloosa County School Board celebrated their continued success with a recognition ceremony at their board meeting Monday, March 28th.

The varsity team was able to three-peat as state champion.

The senior leadership on the team was the crux of their ability to continue their success at state, according to Niceville High School Principal Charlie Morello, a speaker at the event. “There is a group of seniors that have done things that no one else has done,” Marello said, “[The Niceville Cheer Team] does not name captains, because all of the seniors are captains.”

The squad’s underclassmen will now carry the mantle for NHS cheer forward. “We start back at it in six weeks,” said coach Tanya Herndon.

“It’s about putting in hard work and determination. That is what makes you a champion,” said Superintendent Chambers, “We are extremely proud of you.”

The Junior Varsity squad also received accolades from the school board for their accomplishments in the UCA nationals cheer competition in Orlando. 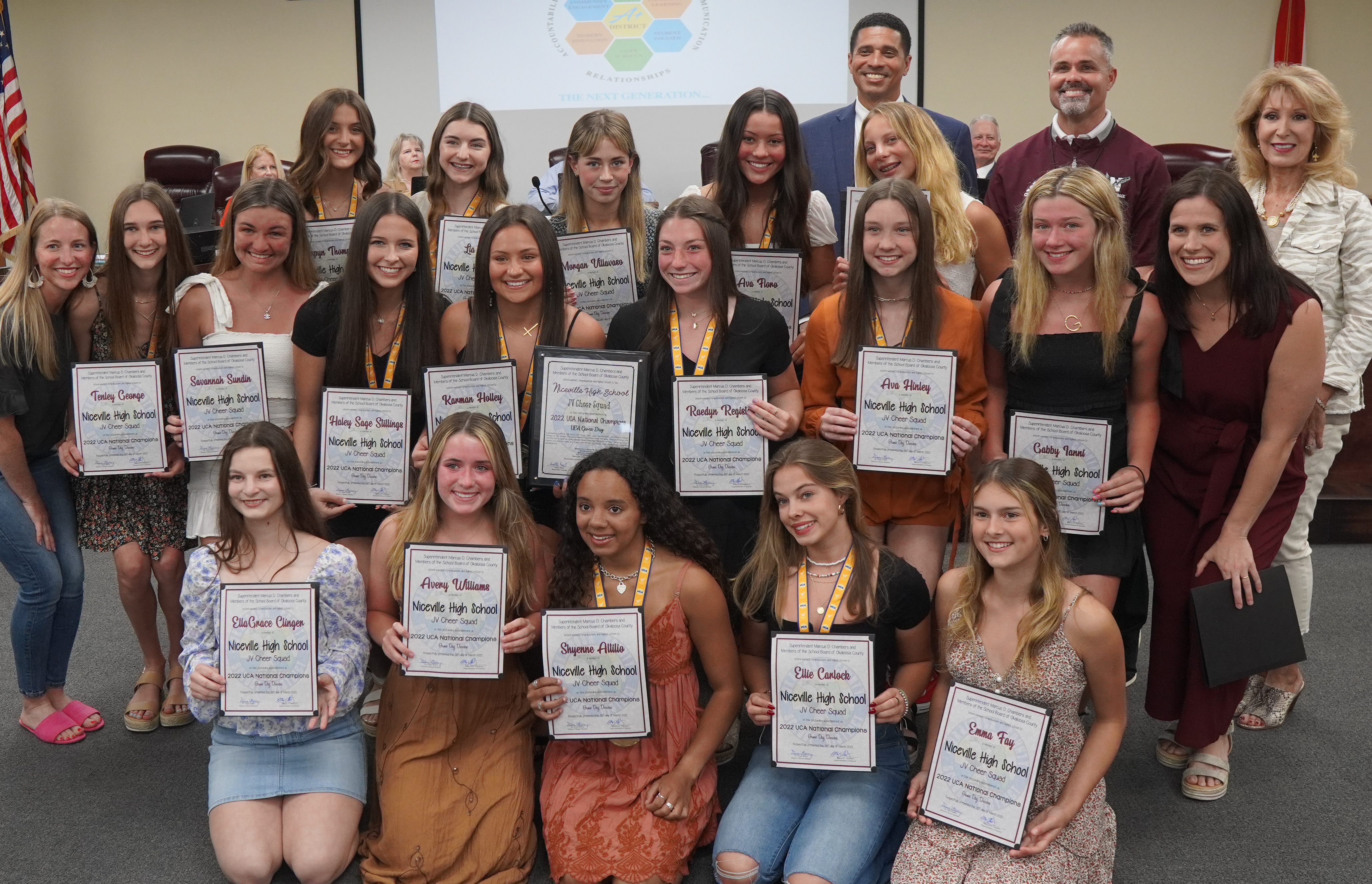 In its third year of existence, the team claimed their second win in the competition.

“Pound for pound, these ladies are some of the best athletes at Niceville High School,” Princial Marello said.