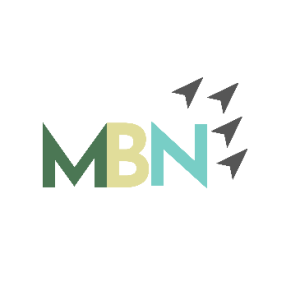 A Note From Mid Bay News

Mid Bay News asked all Okaloosa County Commission and School Board Commission candidates to submit more information about themselves ahead of this Summer’s primary election.

All candidates were asked the two questions below:

Mid Bay News did not edit, alter or otherwise change the responses received from the candidates.

This Submission is from Okaloosa County Commission Candidate for District 2, CareySue Beasley.

Niceville, Valparaiso, Bluewater Bay and Eglin Air Force Base Residents who are registered to vote regardless of party affiliation can vote in this election. This is a universal primary.

ELECT LAMAR WHITE, A PROVEN CONSERVATIVE TO YOUR SCHOOL BOARD

Since 1976 in Okaloosa County, with a strong work ethic and dedication to public service, Lamar White has made a positive difference in the lives of young people and our community.

The following were motions of Lamar or ideas/achievements championed by Lamar and adopted by the school board:

-As Chairman, led the adoption of the Guardian Program in Okaloosa schools;

-Made successful policy motion to abolish CRT in schools with new

requirements for introduction of curriculum; and,

Highest academic credentials and career/job experience provides Lamar with expert knowledge and insight into the many complex facets of the school system and prepares Lamar for the many roles of a school board member. Lamar has a doctorate (FSU) and M.A. & B.A. (UWF). Lamar served as a principal of 4 Okaloosa schools; a Florida Master Teacher, and 2x was the “Outstanding Professor” in UWF’s graduate School of Ed. Lamar retired from the Okaloosa District after 35 years of experience in 2012. Lamar’s school board efforts focused on increasing student instructional time, improving academic performance, reducing testing, reducing teacher paperwork, and increasing governmental accountability. Since Lamar was first elected, instructional time increased by eliminating monthly early student release; Okaloosa has been A+ rated yearly; locally mandated testing was halted, and teacher paperwork was reduced. Lamar’s passed motion to broadcast school board meetings at low-cost via the Internet 24/7 increased transparency and accountability. Lamar has a strong record of support for extracurricular programs. The Okaloosa district is a top school district in Florida. Our students achieve at the highest levels academically. Millions of scholarship dollars are awarded to Okaloosa students. Extracurricular programs are among the best in the United States. Okaloosa’s Career and Technical Education programs are a model for Florida and the nation. All of Lamar’s actions, from the annual budget of $340+ million dollars, to attending student awards, to attending community events, to approving contracts for safe schools, are aimed at helping students. Since 2014, Lamar and Connie have attended hundreds of events advocating for Okaloosa schools.

Lamar arrived in Okaloosa in 1961 as the son of a Korean war veteran. Lamar attended local schools and graduated from Choctawhatchee (’71). In 1970, Lamar began dating Connie Russell who arrived in Okaloosa County in 1959 with her Air Force father, Colonel F.M. Russell. In 1972, Lamar and Connie were married while they attended college full-time and worked in part-time jobs. Following graduation (3 years), Connie taught English at both FWBHS & Choctawhatchee. Lamar became a teacher and coach (football, tennis, & cross country) at Choctawhatchee. In 1978, their son Ben was born. Ben is married to Bethany (Brayden and Brody). Connie retired in 2008. Lamar retired in 2012 after serving 35 years with his last 26 years as a school administrator in Okaloosa. Lamar and Connie are grandparents with two grandsons, Brayden and Brody. Brayden will attend kindergarten this year at Destin elementary.

Want to Learn About Other Candidates Up for Election?

Learn More About Candidates Up for Election