The City of Niceville decided to set $175,000 of your money to get brand new bleachers for the High School Baseball stadium. But, the decision to do so might have ramifications far beyond the diamond.

At Tuesday night’s Niceville City Council meeting – the council voted 4-1 to pledge $175,000 of the approximately $330,000 in Okaloosa County Tourism Development Tax Money the city will receive in March of 2023 to build brand new bleachers and a press box at Niceville High School’s Baseball Field. The proposed facility would offer spectators 293 unobstructed seats, 6 handicapped seats, and a place in the press box for major league scouts to use their radar guns and scout Eagles for the big leagues.

The lone no vote was from Council Sal Nodjimian.

The two former Air Force Officers who served together at Eglin disagree on how the decision to give the School District (who’d ultimately be responsible for implementing the plan) money was made – not necessarily the project itself.

It’s a matter of the best use of the money. We’ll get to that in a minute. Bear with me.

The bleachers will cost roughly double that $175,000 pledge, which means that Bryan Gates – the champion of the initiative in front of the city council over the last half year- still has plenty of money to secure the new structure built by his spring of 2024 goal. If he cannot raise the other $175,000 from the community – the city’s pledge is moot and the money could be used for other projects.

Bryan Gates, the champion for this program, has spent an awful lot of time in and around the older bleachers that currently sit on The Hill, behind home plate.

He and his father are there at least once or so a week to watch the youngest Gates play ball for the Niceville Eagles. Gates says that’s why he began to notice the state of disrepair of the bleachers and the amenities at the ballfield in general.

The bleachers themselves are on their second home. The structure first sat next to the gridiron a couple of blocks off Santa Rosa Sound at Fort Walton Beach High School’s football stadium before getting towed up to Niceville.

After making it to the city, they were deemed unsafe – and an emergency weld cobbled together handrails in the seats. Something the Gates family found out the hard way. “My 78-year-old father fell out o the stands last year because he was just trying to get down [to the concession stand from the bleachers] to get a Coke,” Gates recounted, “So that’s why I’m here. [There is] no handicapped seating. And when it’s full, you can’t get up and down.”

Mid Bay News followed up with the Okaloosa County School District’s Public Information Officer – Catherine Card – about this incident. She told Mid Bay News one of the steps on the stairs leading up to the stairs broke as a person walked up them. No one, she said, fell through the press box floor.

Despite the hazards, Gates claims the school district has refused to upgrade the bleachers, citing cost. Additionally, Gates asserted to the council, the School Board cannot use any of the ½ cent sales tax money the voters passed in 2020, either. Gates told the council that the school district must make it through all of the projects currently on their half-cent sales tax list before they can take on new projects as well.  “So even though they are about… $8 million over what they thought they were going to raise, they’ve raised about $8 million more than they have to have to complete all the projects that they have on their list right now, before they can put another project on to the board. And that’ll take seven years,” Gates explained to the council.

Card also told us that Gates will have a place on the agenda at the next school board meeting, which takes place on January 23rd  to address the board about the bleachers and his initiative. The board will listen to the scope of the project that is being approved and then make a decision about the project in conjunction with leadership at Niceville High School. 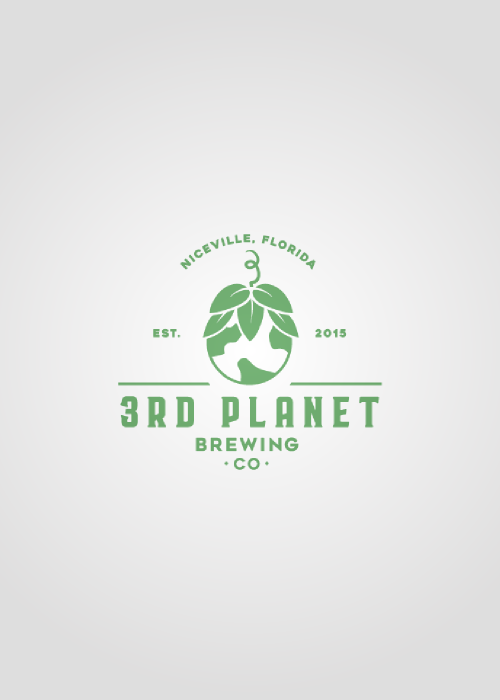 The money Gates received a promise for was from Tourism Tax Revenue. Essentially, taxes charged to tourists by hotels, motels and airbnb’s that can only be used to ‘improve tourism’ in a specific area. Granted, ‘improve tourism’ has a pretty wide definition. No local property tax or sales tax money would go to the improvements.

When county voters decided to expand the bed-tax district county-wide in 2021, that meant the entire county could also benefit from the money generated by the tax.

An earlier version of this article said that the bed-tax expansion vote was in 2020. We were wrong, it was 2021. Apologies.

The vote in 2021 basically means that we are able to use tourists’ money to potentially pay for the Niceville High School Baseball Stadium bleachers and press box, so long as we can say with a straight face that it will generate tourism in the area. Well, there are a few more requirements than that – but that’s basically it. You came here for a baseball stadium story – not a government finance story, so I’ll leave it at that.

All that said – Gates argued to the council that the Niceville High Baseball Stadium is a significant tourism draw – especially in the spring and summer. “It brings more than 1,000 people to Niceville for baseball on a single field,” Gates asserted, “They’re using our hotels and our restaurants or gas stations or retail. And, like I said before, we’ve go to capture that usage. They are going to return for vacation. If we do better, we can bring more in.”

But, like a said a couple of paragraphs ago, the vote to approve the money from the tourism kitty wasn’t unanimous.

City Councilman Sal Nodjomian stood alone in dissent against the decision to pledge money to the project. But not because of the nature of the project – actually, it had more to do with the city’s lack of a grant process to give the money away fairly.

“Thank you for putting together a fantastic presentation,” Councilman Nodjomian said, “It is well done, well-thought-through, its cogent. It’s something we don’t see up here very often.”

While Councilman Nodjomian liked the project on its face – he said that the lack of a way to objectively determine whether or not the project met the criteria for the city to give money to it meant that he did not want to set a dangerous precedent. “I, for one, would vote no on this proposal at this point. Because, if we do this [project] what [project] are we not doing? And what is the benefit of those other projects as well?” Nodjomian added, “If we went through a true grant review process,  where we gave the other grant or grantee requests an opportunity to do the exact same thing you ddi, and we can make an educated decision in terms of where in an asset management philosophy, the best spending [of] our next dollar would be, it may very well be your project. But absent that other information, I would not feel comfortable advancing the cause.”

Nodjomian concluded by voicing his concern that if they were to give money to this project, they would have less money to put up against a bond for a bigger ticket item they have discussed in the past, like an aquatics center. “We would owe you [Gates] and the rest of the community a very quick and streamlined grant request process,” Nodjomian said. “I’m glad [Gates] is up here. I’m glad [he’s] pushing the envelope. Because, absent people like you, I don’t know if we would put a grant request format into play. But, I think that’s what we require to formally evaluate your request against others.”

“I’m glad [Gates] is up here. I’m glad [he’s] pushing the envelope. Because, absent people like you, I don’t know if we would put a grant request format into play. But, I think that’s what we require to formally evaluate your request against others.”​

'Grant us' what we need

The $175,000 ad-hoc grant was approved on a 4-1 vote after a lengthy discussion between the council and Gates. Grants Director Amy Hansen also gave her expertise on the situation and explained to the council that a grant program could be set up more than likely in less than six months time. Councilman Nodjimian argued the program could be set up more expeditiously – in three months time.

No matter, the pledge to renew the Niceville High School Baseball Complex was approved.

But this didn’t mean that the discussion was over.

At the end of the meeting, when councilpersons are given some time to speak, Councilman Nodjomian circled back to the issue of the grant. Addressing both the Bryan Gates and his colleagues on the city council, Nodjomian said, “I’ll be at the stands when they are built. I think it’s great. With that said, I think we made a big mistake.” Nodjomian continued, “And I think we opened up a big can of worms. It could potentially come back to haunt us later. Even with aid organizations, [who get] a fraction of the money we just gave out, we have them effectively do a grant request. They do letters that tell us what they are going to do with the money, how much they are asking for, what it’s being paired up against, what the return on investment is. Yet, we just gave away $175,000 with no due diligence whatsoever. If I’m another organization out there, I’m setting up for the next meeting to come out and ask you guys for money.” Nodjomian added, “I would suggest, after this error, we actually put a process in place for future requirements.”

Councilpersons Williams and Alley objected to the line of thinking Nodjomian put forward. Councilman Williams countered Nodjomian’s argument, asking whether one good (the baseball field) outweighed another good (like an aquatics center or other project). Councilwoman Alley responded to Nodjomian’s line of thinking by asking him whether or not he believed that the council had not done due diligence on the project by asking questions of Mr. Gates.