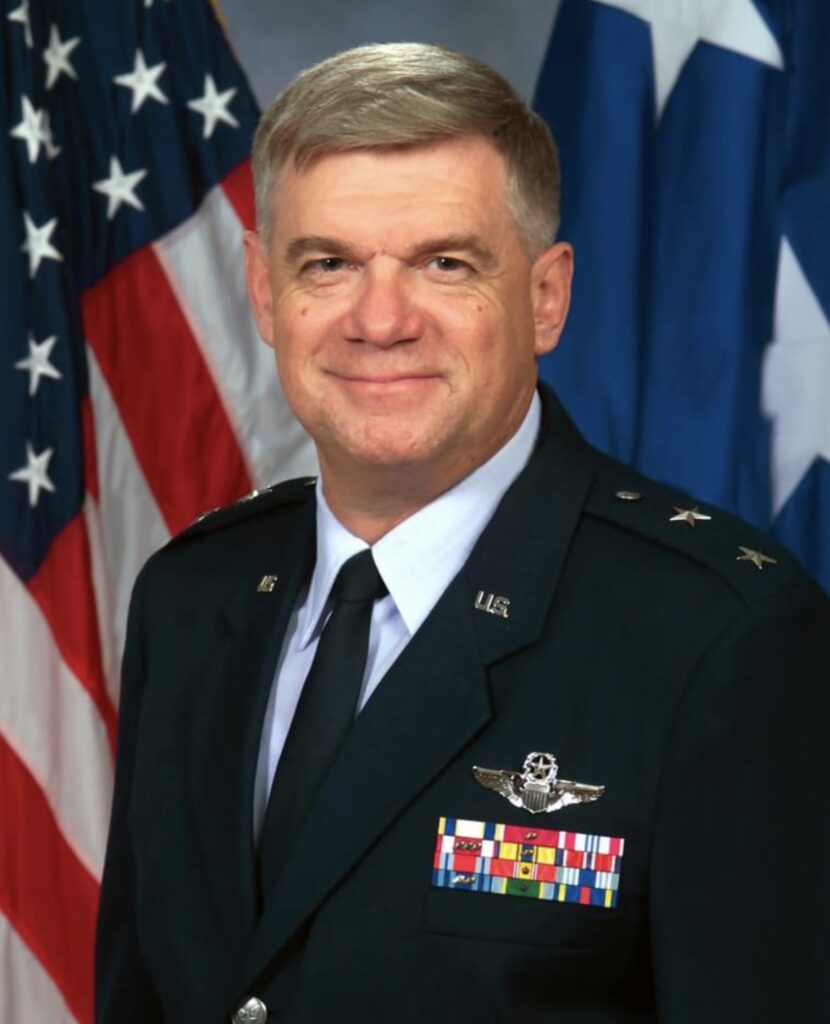 But his time as a commander was not his first rotation at Eglin Air Force Base. General Chedister served a four-year assignment from 1980 to 1984 as a test pilot at the 3246th Test Wing.

Chedister was born in the small town of Hazen, Arkansas – about halfway between Little Rock and Memphis. He was commissioned as an officer in the Air Force after completing an undergraduate degree in electrical engineering at the University of Arkansas. He graduated with a master’s degree in management from Troy University in Alabama, as well as the Industrial College of the Armed Forces.

While in the Air Force, General Chedister served as a test squadron commander, deputy commander of operations for a test wing, systems program director for a major weapons system, test center commander, and a program executive officer. He was rated as a command pilot.

According to a speaker biography posted on the website of the American Society of Military Comptrollers, Robert ‘Chedbob’ Chedister served as the Vice President of Operations for Proxy Aviation Systems after his retirement from the Air Force.

Additionally, General Chedister served as a senior adviser to the Missile Defense Agency’s Director for Test. In 2009, he joined the Defense Acquisition University staff.

“He is an avid sportsman and a proven marksman in everything from fighter jets to tree stands,” according to the bio.

He was married to Trecia and had two adult sons – according to the information.