Deer Moss Creek’s phase 11 got the go-ahead from the Niceville City Council at their January meeting.

Phase 11, which will have over 100 homes in the project, will access Rocky Bayou Drive near the north Edgewater Drive drive in East Niceville. The 40 acre development includes a 30 foot easement along Rocky Bayou Drive to maintain green space in the area.

While the council voted to allow the project to move forward unanimously; with one abstention from Councilman Sal Nodjomian, Mayor Daniel Henkel had several critiques of the plans – specifically concerning traffic capacity on Rocky Bayou Drive.

“It’s gonna increase traffic,” Henkel told Matt Zinke; the engineer on the project for Ruckel Properties. Mayor Henkel then asked if there were any plans to widen Rocky Bayou Drive.

Zinke told Henkel they planners of the development took their plans to a traffic engineer who told them that the number of additional cars did not necessitate the expansion of the now two-lane roadway. A left turn lane will be added at the entrance to the development.

“Is there going to be a widening there,” Mayor Henkel asked, “because I live in that general area – and getting off of Rocky Shores is a challenge when traffic is flowing through there.”

After several more minutes of back and forth between the Engineer for the project and the city, Henkel said “You’ve got all of this traffic and it is now at a standstill. So, you guys need to look at that closer.”

Councilwoman Cathy Alley added that there would be roughly another 220 cars in the area every day, because of the new homes – and that additional pressure on the system could have outsized effects.

The project is one part of a 3,500 home development in Eastern Niceville which began construction in 2018. The homes listed on their website range from $630,000 to $1,250,990. For more information – you can check out their website.

The location of the new phase of the Deer Moss Creek Subdivision.

“You’ve got all of this traffic and it is now at a standstill. So, you guys need to look at that closer.” 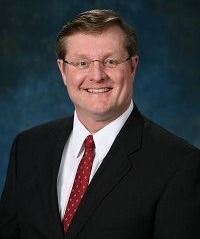