Valparaiso City Commissioner Kay Hamilton announced to the city commission at Monday night’s meeting (April 11) that a representative from Cox Communications told her the multistate cable and internet provider would move into the city as early as next year. 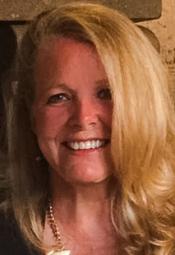 The meeting, which Commissioner Hamilton described as purely informational, has led her to believe that Valparaiso’s City Cable will soon have competition in the city. The Valparaiso Cable Company is owned by the city of Valparaiso.

“In other words,” said Commissioner Kay Hamilton, who is the Valparaiso Cable point person for the commission, “they would be competition in town.”

Commissioner Hamilton indicated that Cox was not interested in buying out the Valparaiso Cable Company and noted that the citizens of Valparaiso would have a choice in the provider.

There are almost 2,000 houses in the city which the two providers would in theory compete for, according to one website.

“Now that we are doing so well, there is no question that they can provide the service that we do. But, it’ll be an option, if [citizens] would prefer to have Cox, the only difference is that Cox will require an annual contract,” Commissioner Hamilton said.

“And [the Cox Cable people] will get to you some time between eight and five,” Mayor Smith quipped.

“On the second Tuesday of the month,” Commissioner Hamilton added, critiquing the private cable service.

According to an article by Business Insider, Cox Communications is the #12 worst company in America, in terms of customer satisfaction.

The American Consumer Satisfaction Index (ACSI) said that “Cox improved its satisfaction rating by 1 point last year, maintaining its lead on Time Warner, Comcast, and Charter. Cox has actually been touted as a success story compared to other cable companies. That said, consumers dislike most cable companies and tend to prefer satellite, according to ASCI.”