Carl is Underpaid. Carl is Overworked. Carl is Tired of Your Sass – and Carl Wants You to Know it.

Carl is underpaid. Carl is overworked. And Carl is tired of your sass.

Strap in for a long, weird ride, because the Valparaiso City Commission’s workshop meeting (that took place on February 28th) about a proposal to give the Commission the power to hire a City Manager takes a lot of confusing twists and turns.

Let’s see if I can explain it in a way that even makes sense. 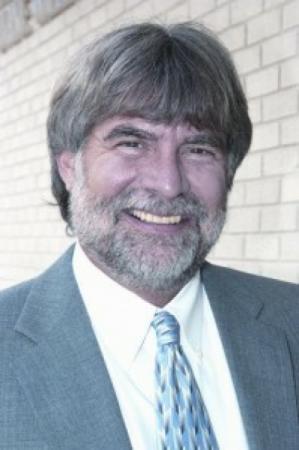 It’s important though, because the commission could end up spending a significant portion of their annual tax revenues to hire someone to essentially act as the City’s CEO – a job they would need to be well-compensated for.

Carl – the current Valparaiso City Administrator (which is a different job title than the city manager position) and the guy who has been doing part of the proposed city manager’s job, as well as the job of building inspector, code enforcement officer (among other duties) would need to be replaced. He said at the commission workshop meeting that he is looking towards his career sunset as a 67-year-old.

It means that the City of Valparaiso, a city that had a total budget of $4.38 Million for the last fiscal year, will need to find

The cost of hiring these proposed positions would cost the city of Valparaiso approximately $194,303.

That’s 4.4% of the city’s total budget they need to replace.

Carl, by the way (according to Carl) – makes about $75,000 per year. We’re willing to take him at his word because his 5 bosses were in front of him when he took off on the rant.

Anyway – Carl’s duties were such a hot topic at the city commission workshop meeting because someone in the audience of the meeting looked at Carl, pointed at him, and asked “what do you even do around here?”

If you want to listen to Carl yourself – here is the sound recording of the whole meeting. Carl starts at about the one hour thirteen minute mark.

Back to the Story at Hand – The Workshop.

We’ll get back to the saga of Carl Scott at the Valparaiso Commission meeting – but first I have to feed you your vegetables (that means there’s gonna be some policy and government stuff you may have tried to forget from civics class) and explain what is going on.

There are several kinds of government styles that can be used to run a city or town in the State of Florida. Valparaiso is one city that uses an increasingly-rare form of government called the weak mayor – commission government.

In this type of government – the mayor has a vote, along with the other four commissioners. The mayor and the commissioners are also responsible for one or more of the departments in the city.

Typically, this type of government does not have a position of a city manager, as the elected officials are responsible for the departments that they have been assigned.

The responsibilities of each Valparaiso commissioner are located here if you’re curious.

Either way, the commissioners had the City Attorney Hayward Dykes draft up an ordinance that would allow them to hire a city manager, while also not changing the city’s charter (something that would require a referendum of all of the city’s voters).

Therefore, the commission is having to walk a thin line to consider this proposal.

Which is why the Valparaiso City Commission Chambers were filled with about 40 people to witness a workshop meeting where no votes could be held on the issue by Florida Law in order to voice their opinion.

What the Proposed Ordinance (As It Stands Right Now) Would Do.

Ordinance 713, as it was called in the meeting, would establish the city manager position as an executive officer subordinate to the Mayor of the city. City Attorney Hayward Dykes said that he modeled the ordinance after one currently in place in the city of Freeport, in Walton County. In the model the attorney drafted, the mayor and city manager serve an executive function, while the commission would serve as a legislative body. If there were a disagreement between the city manager and the mayor, the dispute would be resolved before the commission.

That’s a controversial thing to do – as Mayor Brent Smith made clear to the gathered citizens right off the bat. The mayor, to summarize, wanted to make it explicitly clear that he only wanted to move the motion forward to discuss the topic of hiring a manager – not that he would vote for it himself.

Outgoing councilman Jay Denney had a much more sunny view of the potential measure. Commissioner Denney made it clear that hiring a manager that would be able to hire and fire anyone he or she wanted was out of the discussion at this time – as that would require the affirmative vote of 60% of the population at the polls. This change would only hire a city manager to act as an executive without those powers.

“I will tell you this is my last meeting. Having seen this government for four years, and six years before that,” said outgoing Commissioner Denney, “I think it is very important that this be an efficiently run city… I grew up in the military and we never go to battle without a leader. We never send forward units and say ‘hey, tell you what, y’all do your thing and we will see you in a month.’ We have somebody who can respond immediately. I’m not saying that we don’t have that. We have good leadership… It’s amazing that we get done what we get done.”

Commissioner Chris Wasdin added that many of the personnel that work for the city have experienced ‘job creep,’ essentially where more and more work gets dropped on fewer and fewer people in the city of Valparaiso.

Commissioner Denney then talked about how everyone – including the cities of Crestview and Pensacola have abandoned the form of government Valparaiso has.

The current form of government is holding the city of Valparaiso back. Commissioner Denney used the example of streets and water and sewer. Because each of the commissioners is barred by the Sunshine Law from talking to each other – they have to wait until they are in a once-monthly public meeting to actually hash out issues and keep the city moving forward.

[I personally can’t think of any businesses that could survive like that.]

“My personal opinion is that this would make our city even better, what we don’t have [right now] is effective and instantaneous leadership,” Denney said.

If you’ve been around Florida Politics for a while, you have probably heard of the Sunshine Law. For all intents and purposes, it is a souped-up version of every other states’ open meetings and public records laws. Florida requires every meeting of public officials where they are going to possibly discuss business to be noticed in advance to the public.

It’s also something that elected officials have plenty of trepidation about – because violating the Sunshine Law can lead to a cell in county lockup.

It explains Mayor Smith’s worry about having what he called ‘a conduit’ between two or more commissioners in the mayor that could lead to a sunshine violation.

So Cliff’s Notes if you skipped down here to find out more about the legend of Carl: The commission made multiple statements about their concern over the cost of a city manager and worries about violating the Sunshine Law.

Like I said earlier – Carl started out the workshop meeting getting no love from the assembled citizens at Valparaiso’s meeting and ended up a rockstar in their eyes.

A woman got up to the microphone during the public comment section of the meeting and berated the commission as well as Carl for looking into the city manager position.

I guess that was the straw that broke the camel’s back, though, because Carl’s rant – which I won’t be able to do justice to in written-word-form, was incredible.

In his rant, he listed the number of jobs that had been added to his portfolio, the fact that those jobs (code enforcement officer, the guy who prosecutes code enforcement violations on behalf of the city, the guy responsible for firing people when they fail their drug tests) doesn’t exactly make him a friend to all.

It was summed up by this incredible, once-in-a-lifetime rant from a public official against both the city commission and the citizens that ended up with both parties complimenting him on his hard work.

Shifting his gaze between the commission and the gathered citizens, Scott said, “I could care less what you do with city managers and city administrators,” (a strong start) it has nothing to do with me. I am on the retirement end.”

He continued, “12 years ago, I got hired to basically be the scribe for Mayor Arnold. I administered two programs for the city – the MPDS program, which was stormwater-related and I administered the drug program for the city… those are the two programs I administered. Now what do I really do? One, I became the building official, because you didn’t have one. Don Baccaducci retired and left the city in a major bind and where were you going to hire one for what you were paying me? Nowhere. Could I pass the exams? Yes. 38 exams I had to pass to become the building official. Then, the police department was in a bind and they needed a chief code enforcement officer. So now I’ve got two titles – now I’ve got three titles – now I’m the city administrator over those programs. Where everybody hates my ass because I am the chief code enforcement officer. I hate that position, but somebody has got to do it. If you’re in code violation, you are seeing my face. And I’m the chief prosecutor for the city in magistrate cases. So the next thing I know, I have citizens coming up and I am prosecuting you in front of the magistrate. Everyone loves me for that… and because there is no one else to do it – I am the zoning administrator.”

“I don’t like the ridicule,” Scott ended, “I guess that’s what I really get fed up with our kind of government myself. I shouldn’t have to listen to this. It’s insane rhetoric on all of these sites and stuff. I do my job and I do it every day. I serve these people to the best of my ability. They may not like it, but our streets are safer because of me. Our streets are cleaner because of me.”

The Commission decided to hold another strategy meeting like they did Monday night. This one will take place on March 28th – after the municipal election. There will be at least one, if not two, new faces on the commission to determine what happens next.

The meeting will be in the Valparaiso commission chambers at 5:30.