Brent Smith Will Serve Another Term As Valparaiso Mayor 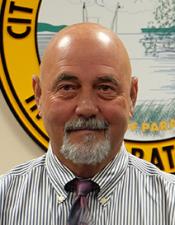 Brent Smith has won re-election as mayor of Valparaiso, with a final tally of 375-309 – a 10%/60-vote margin over challenger Patrick Palmer.

Smith has served as the Mayor of Valparaiso for a single term.

Smith will be sworn in with Edward Crosby, who was re-elected unopposed and Tom Browning, who won his seat for the first time unopposed. All of the winners will be sworn in on March 15th at the next city council meeting.

A total of five candidates ran in 2018, among them Smith, who won his first election with a plurality of 32.5% – and just nine votes more than second-place finisher Joe Morgan.

Palmer, who ran in the last mayoral race four years ago as well, significantly increased his vote count from 2018 – garnering 270 more votes than he did four years ago.