Life has taken Bob Mathers on a pretty incredible journey – thanks to his favorite game, golf. His adventures are centered around Niceville and include competition in some high-profile regional golf tournaments. For Mathers, living in Niceville was by design and playing competitive golf was an unexpected extra.

You see, it all started on a lark. Mathers was a kid from Mobile – who moved to Valparaiso when his dad joined the civil service. Mather’s dad gave him and his brothers a set of department store starter clubs to learn to play from Bob Keller, the then-Eglin-golf-pro, the summer after 6th-grade.

Of the four Mathers boys, Bob was the only one to stick with the sport – thanks to his starter set of clubs.

Daniel Hogan, who ran the Eglin golf course, gave him a bucket of balls to hit if he would gopher for the balls that had landed out in the rough and were left behind. It made him great at the short game and helped him refine his specialty – getting out of trouble on the links.

“[Hogan said]If you’ll go down and punch the balls out of the woods for me, I will give you a bucket of balls each time you did that.’ So instead of just punching it back into the fairway, I would go and curve it around a fairway or hit it up through a tree. So I became a real shot maker. And so, that carried on into my later years that there was no place I couldn’t get where I couldn’t get out of trouble. That’s a huge thing in golf. One of the most important things in life is that when you get in trouble is to get out of trouble.” Mathers said.

After a successful time playing in high school – Mathers got a look from the legendary Alabama Head Coach Conrad Rehling at the Tiger Point Golf Club.

The Coach offered him a scholarship – and the Alabama-born Mathers was in to play for the Tide.

“So it was Coach, Jerry (US Open Champion and Alabama Alum Jerry Pate), my dad and me sitting around the table,” Mathers remembers. “Coach goes, ‘alright, tell you what I’ll do; I’ll pay your in and out-of-state tuition and your books and fees if you come to Alabama.’ And my dad goes, ‘he’ll take it!’ And that’s how I went to Alabama because we were big Alabama fans.”

‘Bama was a good school for Mathers for multiple reasons – and gave his parents some peace.

“My brother was on an ROTC scholarship at Alabama, so I could be up there with him. I think that was kind of a comfort to my parents because I wasn’t a very good child in high school and they were worried that I was going to go up there and go a little bit crazy. So Dewayne (Mathers’ brother) would be up there to kind of keep an eye on me.”

Mathers thrived at Bama. He was a four-year letterman and, as Captain during his senior year, he led the Tide to their first-ever SEC Championship.

Tuscaloosa also afforded him a good education that set him up with the skills and knowledge to succeed. He figured that the chances of any golfer going pro were slim – and set out to get an engineering degree.

He graduated with his engineering degree and got a job at Eglin Air Force Base.

After graduating from Alabama, Mathers put down the clubs and put his nose to the grindstone.

“I didn’t play golf ten times in five years after getting back from Alabama,” Mathers remembers.

Mathers worked on base as an engineer – but he got plenty of time flying in the backseat of test flights at Eglin Air Force Base, testing infrared technology for the Air Force. He got what he called ‘the fever to be a pilot’ and joined up with the reserve unit at Duke Field in 1983.

He built up a lot of flying hours very quickly due to the flight schedules at Duke.

Eventually, the Air Force decided it wanted to move his job from Eglin to Edwards Air Force Base in California.

That wasn’t an option as far as Bob was concerned.

“I was up at the reserve unit, and some of the Delta guys said, ‘hey, we’re hiring right now.'”

Mathers was able to parlay the invitation to fly commercial jets into a 30-year-career as a pilot with Delta Airlines, which meant he got to stay in Niceville.

He played a little bit of golf – but nothing like what he had in college.

As he looked toward retirement, Mathers began to get more golf in.

He ended up placing fourth in the Florida Senior State Amateur in Sandestin in 2021 and had a top-five finish in 2016 – as well as numerous rounds of competitive golf on Florida’s Miller Lite Scratch Tour.

He made national headlines in 2020 when as a 63-year-old, he held a respectable mid-table finish in the Golfweek Sandestin Amateur against a horde of guys a third of his age.

Mathers didn’t play in The Masters or in the Ryder Cup – but golf has made him a personal success, for which he is always grateful.

His advice to high school kids looking to take golf to the next level has very little to do with the short game or what clubs to use. 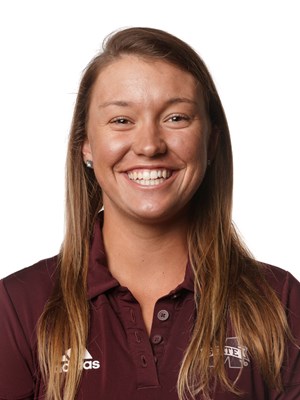 “Yeah, I mean [Niceville High School alum and Mississippi State player Lauren Miller] is a great example. She’s studying sports management. She is doing something that she enjoys if professional golf doesn’t work out. Now she has something she can fall back on. I remember there were a lot of guys that I played golf with that would study something that they could pretty much just show up to class and get a degree. But it did not apply to life after they left, because their whole plan was to play professional golf – and then there were guys who said, ‘I’m going to get an accounting degree, or this or that.'” Mathers said.

“Take college seriously and get a degree you can use. That has made all the difference for me.” Mathers said.